This panel of illustrious speakers will explore the ways in which research in infancy over the past 40 years has impacted related fields, such as medicine, policy, media and practice. 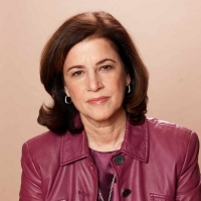 Ellen Galinsky is the Chief Science Officer for the Bezos Family Foundation and a Senior Research Advisor to the Society for Human Resource Management (SHRM). A trailblazer in the work-family and early childhood fields, as well as co-founder and President of Families and Work Institute, she has written more than 100 books and reports and 300 articles, including Mind in the Making: The Seven Essential Life Skills Every Child Needs.

In March 2016, Mind in the Making (MITM) became a program of the Bezos Family Foundation. MITM is an unprecedented efforts to share the science of children’s learning with the general public, families and professionals who work with them. its mission is to promote Life Skills that are based on and promote Executive Functions in adults and through them in children in order to keep the fire for learning burning brightly in all of us. Projects include: Seven Essential Skills Learning Modules for Community Leaders (in English/Spanish) that are being implemented in 18 communities and states; Seven Essential Skills Modules for Museums and Libraries, created in conjunction with Boston Children’s Museum, that have been used to train museum and library educators in 30 states; Seven Essential Skills Modules for Health Care Professionals created in conjunction with Mount Sinai Hospital that will be used to reform practices in health care and in pediatric training; a DVD collection of 42 videos showing important experiments in child development research; Prescriptions for Learning — 98 downloadable tips sheets on frequently asked questions by families that show how to turn behavior problems into learning opportunities; and a partnership with First Book where the Mind in the Making team has created a library of children’s books and accompanying tips to promote life skills. These tip sheets have been downloaded almost 500,000 times. Mind in the Making was named one of the top ten nonfiction books by The Washington Post in May 2014 and was voted the Number 1 must-read book for preschool teachers by Child Care Exchange in June 2014.

Since the 1990s, Ms. Galinsky has directed or co-directed the National Study of the Changing Workforce (NSCW), the most comprehensive ongoing study of the US workforce and the National Study of Employers (NSE), a comprehensive ongoing study tracking trends in employment benefits, policies and practices. She helped to create When Work Works, which provides an award for workplace effectiveness. In December 2016, these three programs became a part of SHRM. In 2017-2018, SHRM will release 12 new reports based on the NSCW and the NSE.

Ms. Galinsky has been a presenter at five White House Conferences and was elected a Fellow of the National Academy of Human Resources. She served as the elected President of the National Association for the Education of Young Children and is the recipient of many awards including the Distinguished Achievement Award from Vassar College, Seven Wonders of the Work Life World from Working Mother magazine and the Friend of Children Award from the Southern Early Childhood

Ellen Galinsky is married to artist Norman Galinsky, and they are the parents of two grown children: Philip, an ethnomusicologist and founder-director of Samba New York, and Lara, the co-author of Be Bold and author of Work on Purpose. Norman and Ellen Galinsky have two grandchildren — Antonio and Azaiah. 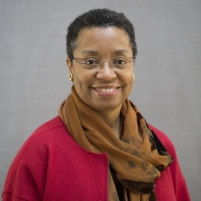 Jacqueline Jones has been a teacher, researcher, and policymaker. Currently, she is the President and CEO of the Foundation for Child Development. Dr. Jones served as Senior Advisor on Early Learning to Secretary of Education Arne Duncan and as the country’s first Deputy Assistant Secretary for Policy and Early Learning in the US Department of Education. Prior to federal service she was the Assistant Commissioner for the Division of Early Childhood Education in the New Jersey State
Department of Education, with responsibility for New Jersey’s Abbott Preschool Program. For over 15 years Dr. Jones served as a Senior Research Scientist at the Educational Testing Service in Princeton. She is a board member on the National Academies Board on Children, Youth and Families and served on the National Academy of Sciences committee that produced Transforming the Workforce for Children Birth Through Age 8: A Unifying Foundation. Dr. Jones attended Hunter College of the City University of New York and earned both a masters and PhD from Northwestern University.

Rachel Keen (published under Rachel Keen Clifton from 1966-2002) received her B.A. from Berea College in 1959 and her doctorate from the Institute of Child Development at the University of Minnesota in 1963. Her early research concerned habituation, orienting, and conditioning in newborns. With her postdoctoral mentor, Frances Graham, she wrote a 1966 Psychological Bulletin article on orienting and defense responses that became a citation classic. Her presidential address, “Lessons from Infants; 1960-2000” to ICIS (Infancy, 2001) reviews this early research. In later research she studied perception, cognition, and motor development in older infants and toddlers. She summarized much of this work in a prefatory chapter in the Annual Review of Psychology (2011) on problem solving. While studying audition in infants, Keen discovered a new phenomenon (later called the Clifton Effect). Subsequently, for the next two decades Keen and colleague Richard Freyman studied a psychoacoustic phenomenon called the precedence effect in adults. For this work Keen was elected fellow in the Acoustical Society of America in 2001. Among other honors she received the Distinguished Scientific Contribution Award from SRCD, the Distinguished Faculty Award from the University of Massachusetts, an honorary degree from Uppsala University, Sweden, and was elected fellow in AAAS, APA, APS, and the American Academy of Arts and Sciences. She received a Research Scientist Award (1981-2001) and a MERIT award (1999-2009) from NICHD. Most of her career was spent at the University of Massachusetts (1968-2007), followed by the University of Virginia (2007-2012) where she is now Professor Emerita.